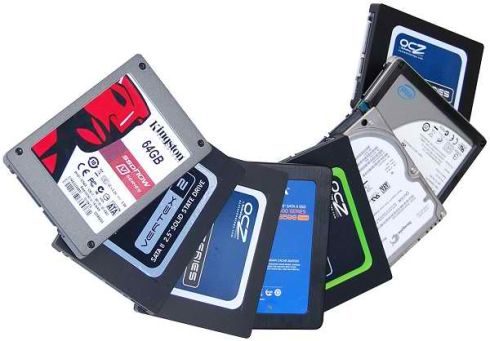 Solid State disks offer a lot of benefits over traditional hard drives. They have no moving parts, so they tend to be quieter and harder to break. Many are also significantly faster than hard disks, since platters don’t need to spin for your computer to find the data it’s looking for. Solid State disks also use less power than hard drives. But not all SSDs are created equal.

A few years ago virtually every netbook shipped with solid state storage instead of a hard drive. That’s because they were cheap, durable, and didn’t generate as much heat in a tightly packed 7 to 10 inch case. But the SSDs that shipped with early Asus and Acer netbooks were hardly speed demons. In fact, in many situations, you’d get better performance from a typical hard drive. To boot, the SSDs generally stored just 16GB or less.

Flash forward a few years and most netbooks and larger notebooks come with hard drives — but you can find some high end models with high performance SSDs that offer significant benefits including faster speeds and lower power consumption. Or you can buy an SSD and install it yourself.

These high performance solid state disks used to run hundreds of dollars. But anyone who’s been following the Liliputing daily deals section knows that you can often find 32GB to 64GB models on sale for under $150.

The folks at TechSpot have rounded up a number of budget models from OCZ, Kingston, ADATA, and Intel to see how these sub-$150 SSDs compare with one another. The long and short of it is that they all outperformed a standard hard drive in most tests — but some took longer than others to boot Windows or load applications. Performance in a series of benchmarks also varied a bit — but honestly, not by all that much.

The main problem with SSDs — even budget SSDs — is that they still cost considerably more than an average hard drive. You can get a 32GB SSD for about the same price as a 500GB or even a 1TB hard drive. So you have to decide which matters more… performance or storage capacity? Of course, if you’re using a desktop or another computer that has room for two drives, you might not have to choose one or the other at all.