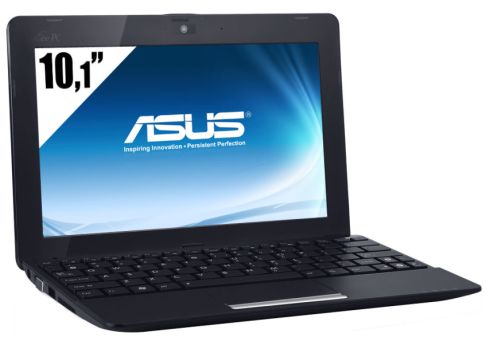 Asus plans to introduce its first 10 inch netbook with NVIDIA ION graphics in October. The company is still putting the finishing touches on the US model of this laptop, but I’ve been told that it will come with either a 1.83GHz Intel Atom N475 single core processor or a 1.5GHz Intel Atom N550 dual core chip. Asus hasn’t determined which CPU will ship with the US model yet.

NVIDIA offers two versions of its latest generation NVIDIA ION chip — one for nettops and laptops with 11.6 inch or larger displays, and a lower power version for 10 inch and smaller devices. The Eee PC 1015PN will ship with the lower power version which should still have enough juice to pump out 1080p HD video without breaking a sweat, but we probably shouldn’t expect the same kind of graphics performance we’ve seen from larger laptops with the latest NVIDIA ION chips.

Final pricing hasn’t been set yet, but I’d be surprised if the Eee PC 1015PN sold for less than $400. The netbook is already available for pre-order in France, where it sells for 399 Euros.