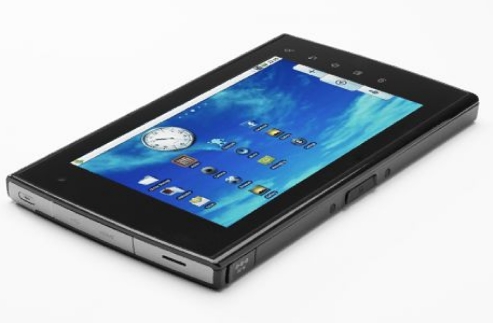 While most companies are busy touting their upcoming Android tablets as web-surfing, app-running, game-playing powrhouses, Stream TV Networks is taking a different approach with its upcoming eLocity A7 tablet. This little Android tablet will be up for pre-order starting on August 24th, and Stream TV is touting its multimedia capabilities.

The company says the tablet integrates “high-end display and graphics technology.” But there are no detailed specs available at the moment, so I really have no idea what that means.But the tablet will apparently measure 8.2″ x 4.8″ and have a 7 inch display.

The tablet does appear to have all the usual features including a handful of Android buttons on the front — including Home, Menu, Back, Search, and volume keys. It looks like there’s also a USB port, headphone jack, and SD card slot. The eLocity A7 will also have an HDMI output and apparently comes with an (optional?) docking station.