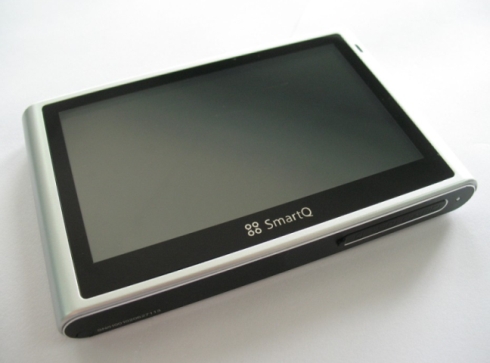 SmartDevices is continuing to pump out cheap Android tablets. Hot on the heels of the T7 tablet, the company is starting to show off the Smartq V3.

While the T7 has a 7 inch display and a portrait orientation that makes it look like a huge phone or a modest-sized color eBook reader, the SmartDevices Smartq V3 has a smaller 4.3 inch 800 x 480 pixel display which makes this little guy look a bit more like a portable media player.

The tablet runs Google Android 2.1, has 256MB of DDR2 memory and a 600MHz ARM11 processor. It also has USB and mini HDMI ports. The SmartQ V3 will reportedly sell for under $100 in China, although there’s no word about whether it will launch internationally.

via Cloned in China and Engadget Chinese