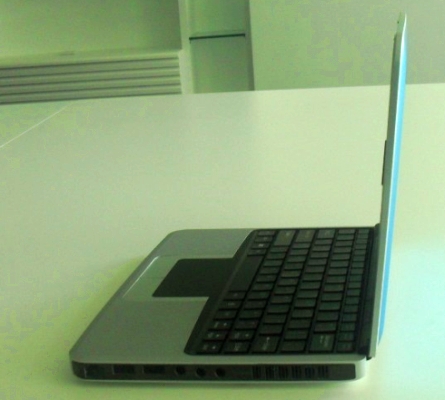 The Nokia Booklet 3G made a pretty big splash when it hit the water last year. And then it kind of sunk. I’m not sure I’ve ever actually seen one in the wild unless you count a Best Buy retail display as wild. And aside from a high price tag and rather unorthadox case design, Nokia didn’t really bring that much to the tablet that was new or different from other netbooks on the market.

But if you like the look of the Booklet 3G and don’t want to deal with the $549 price tag, it looks like there might be another option. A Chinese company is selling a Booklet 3G clone called the Iridium Star Rui HY116.

The HY116 also has a lower capacity 3200mAh battery, while one of the key selling points of the Nokia Booklet 3G was its 57Whr battery which offered more than 10 hours of run time. The HY116 runs Windows XP while the Booklet 3G ships with Windows 7 Starter Edition. And perhaps one of the most obvious differences is that the Booklet 3G has a 3G modem. The HY116 dos not.

That said, I imagine the Iridium Star Rui HY116 will cost significantly less than the Booklet 3G, as that’s the case with most Chinese netbook clones. Unfortunately, there’s no word on the actual price for this product just yet.