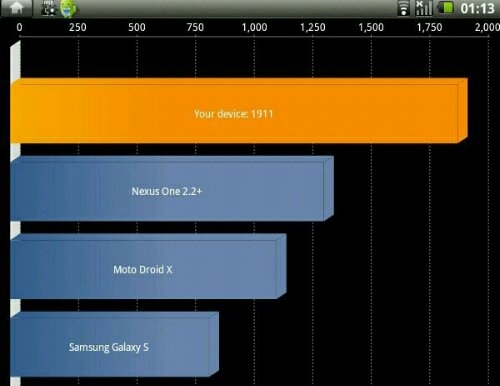 The Toshiba AC100 is one of the first Google Android powered notebook-style devices to ship. It’s also one of the first products on the market with an NVIDIA Tegra 2 chipset. Sure, it might not actually be available in the US yet, but it’s shipping in Japan, and it should be coming to Europe soon as well. Chippy from Carrypad managed to get a demo unit, and he’s started to run a series of tests.

His preliminary findings? It’s fast. Like really fast. In some benchmarks, it’s about 3x faster than the average device running Google Android. The tablet has no problem playing 1080p H.264 video or playing some top of the line Android video games.

Chippy says the device is also getting high scores in the SunSpider JavaScript benchmark and blowing away the competition in the Quadrant benchmark — even devices that are running the newer Google Android 2.2 operating system. The Toshiba AC100 is currently shipping with Android 2.1.

You can read more at Carrypad.

5 replies on “NVIDIA Tegra 2-based Toshiba AC100 gets benchmarked”