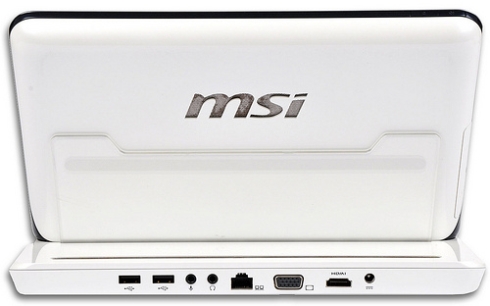 MSI is expected to showcase the Wind Pad 100 Windows tablet at the IFA trade show next month. But as a bit of a preview, the company rleased a series of press photos, which you can check out at Netbook News.de.

It’s worth noting that these look like rendered images rather than actual photos. But it’s the first time I’ve seen the new docking station which MSI will offer which has 2 USb ports, HDMI output, mic and headphone jacks, VGA output, and an Ethernet port. The dock also has what looks like it may be a built in speaker.

The images also show a tablet running a pretty vanilla version of Windows 7, which is interesting, because previously MSI had been showing off this tablet with a custom user interface built on top of Windows. But I wouldn’t place too much stock in these images, as they also make the screen resolution look fantastically high, despite the fact that we already know the tablet will have a 10 inch, 1024 x 600 pixel display.