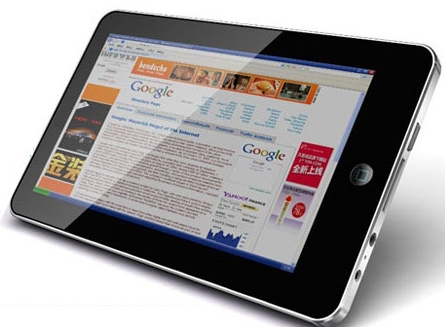 We’ve seen a lot of cheap Android tablets pop up in recent months, including the infamous Augen GenTouch78 tablet. What makes these tablets appealing is the low price — often they go for less than $200. Some are priced even lower than $150. But you get what you pay for, and at that price point you generally end up with a lousy resistive touchscreen, a slow processor, an older version of Android, and limited memory and storage space.

In other words, $150 tablets ain’t exactly Apple iPad killers. But if you don’t expect them to be, it turns out these little guys can actually be pretty useful. For instance, if you’re thinking about dropping $150 on a digital eBook reader but don’t need the high contrast display or the days-on-end battery life, you can spend the same amount of money on a tablet that can read books, surf the web, and do much more — even if it does it poorly.

The folks at Neuros have found another user for these cheap tablets: remote controls for home media systems. Neuros make s a line of digital media devices that you can use to record TV shows, stream media from your PC to a TV screen, or access web video and other online content on a TV. One problem with this type of hardware is that people don’t usually sit in front of the TV with a keyboard and mouse — and it’s tough to fit all the buttons you really need on a handheld remote control.

Enter the cheap Android tablet which is capable of running third party apps. Neuros is offering a 7 inch tablet it calls the Control Teblet 1002. It’s normally priced at $149.99, but during a trial period Neuros is selling it for just $99.99. That makes it ne of the cheapest Android tablets available for purchase in the US right now. It’s also not an unreasonable price for a powerful media center remote control.

But the Neuros Control Tablet 1002 does have 802.11b/g/n WiFi, and it can run apps, including remote control apps for PC applications such as Boxee or VLC — both of which run on the Neuros Link media devices. That means you can use the tablet to control media playback on your TV, and Neuros didn’t even have to design a special application to link the control to its set top boxes. Boxee and VLC apps are available to the public as free downloads.

The fact that you can use your remote control to surf the web, watch videos, or perform other actions is all just gravy. Sure, it’d be nice if it did those things well, but you can’t have everything.