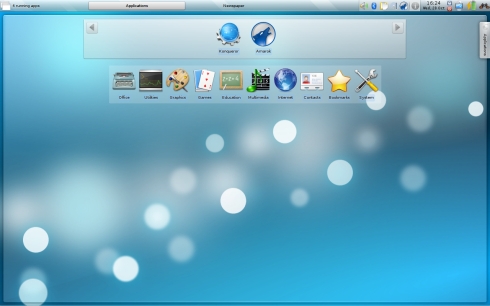 The folks behind Kubuntu Linux have decided to drop the separate Netbook Edition once Ubuntu and Kubuntu 10.10 are released in a few months. Instead, netbook-friendly code will be baked into the main operating system and Kubuntu will automatically determine the best settings to use for your computer upon installation.

The update doesn’t add any major new features, but it does contain every bug fix released since Kubuntu Netbook 10.04 was launched in April. In other words, if you’re already running Kubuntu 10.04 and you’ve been installing updates as they come in, there’s nothing here for you. But if you want to install Kubuntu Netbook Edition from scratch, you can save a lot of time by grabbing the 10.04.1 disc image instead of the older build.

You can get Kubuntu 10.04.1 from the Kubuntu download page. Just make sure to hit the Netbook CD 32bit link if you’re looking for the Netbook Edition.