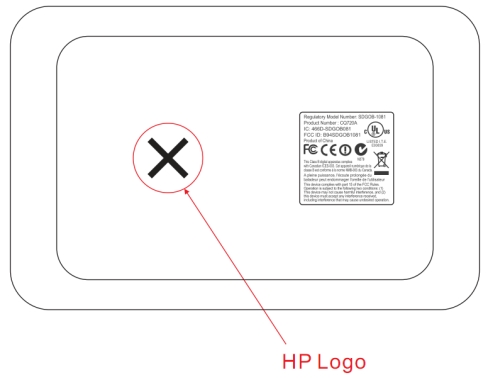 While we’re waiting for HP to launch a slate PC running WebOS, Windows 7, or pretty much anything but Android, a new product has shown up at the FCC which looks an awful lot like… and HP slate of some sort. It’s called the HP eStation Zeen, and that’s virtually all we know for certian at the moment.

There’s no official word on the screen size, processor, or operating system. And the folks at Engadget are reporting that it could be a glorified eReader as well as a display panel that can be used to control an HP printer. Some tipsters are reportedly saying that early versions of the Zeen ran Google Android, but it seems likely that HP would ship the OS to WebOS before releasing this product… whatever it is.