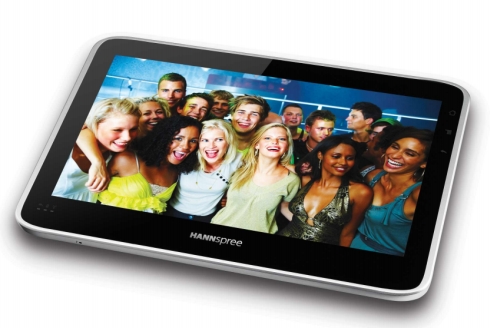 The tablet will reportedly begin shipping in November, complete with a 10 inch display, a 1GHz NVIDIA Tegra 2 processor, 16GB of internal storage, and Google Android 2.2 Froyo. It will run about 399 Euros in Germany, which is about $500 US, but there’s no word on whether the tablet will hit US shores.

The Hannspree tablet will also feature WiFi, Bluetooth, HDMI output, a USB port and microSD card slot. It comes with a 3500mAh battery and can handle 1080p HD video playback thanks to the NVIDIA chipset.