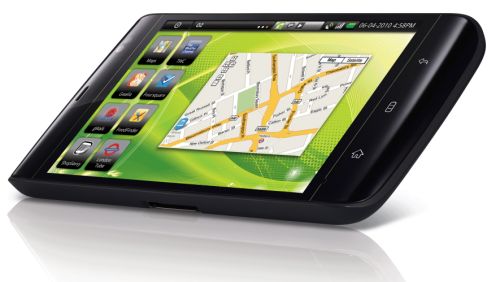 Dell and AT&T are offering the Dell Streak 5 inch Android tablet for $299.99 when you sign up for a 2-year contract. But you can also get the tablet without a contract for $549.99. At that price the device is yours to do with as you will, which means you can use it as a WiFi-only tablet if you want. But unlike other tablets (I’m looking at you iPad), every Dell Streak that’s sold will come with a 3G modem.

That means you can still sign up for AT&T service to make phone calls or use the internet. You just don’t have to commit to a 2-year service plan when you buy the Streak at the higher price.

That’s the good news. Here’s the bad news. Some folks had assumed that the higher priced model was essentially unlocked, meaning you could use it with other wireless networks. It’s not, and you can’t.

According to Dell, the Streak is SIM-locked to AT&T’s network.

That means you won’t just be able to pick up a Dell Streak and use it on Verizon, Sprint, or T-Mobile — even though T-Mobile and AT&T use the same similar GSM technology.

On the other hand, I’m pretty sure that plenty of Android hackers will see the SIM-lock as a challenge rather than a limitation. How long do you think it will be before we start seeing hacked firmware for the Dell Streak that lets you use it with T-Mobile or other networks?

Update: I’ve been reminded that the Dell Streak likely doesn’t have the correct hardware to run on T-Mobile’s network anyway, since AT&T and T-Mobile use different bands.

8 replies on “Dell Streak tablet to be SIM-locked to AT&T, with or without contract”