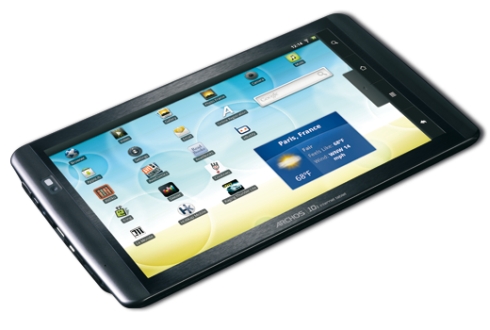 Archos has been cranking out Google Android powered tablets since they were just a glint in… well, everybody’s eye. Today the company added 5 new models to its lineup, with screens ranging in size from 2.8 inches to 10.1 inches. Every last one of them will come with Google Android 2.2, but the rest of the specs vary from model to model.

None of these tablets have access to the Android Market or Google suite of apps — at least not out of the box. On the other hand, they’ve all got accelerometers and support for a wide range of audio and video formats, which is something that really makes Archos tablets stand out from the crowd. But there are a number of differences in specs, price, and screen size.

The largest model in the group is the Archos 101 which packs a 10.1 inch, 1024 x 600 pixel capacitive touchscreen display. It has a 1GHz ARM Cortex A8 CPU, support for 3D OpenGL ES 2.0 graphics and 720p HD video playback. This model weighs less than a pound and measure less than half an inch thick. It has a VGA camera and an HDMI port. 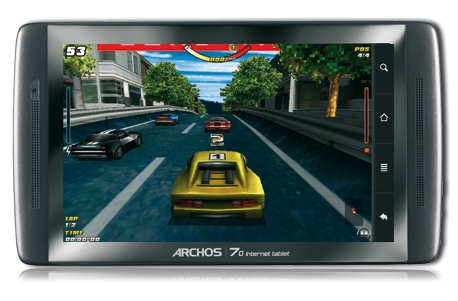 At first glance, this 7 inch model looks a lot like the Archos 7 Home Tablet which is currently available. But the new model features the same 1GHz CPU as the 10 inch model. It also has USB and HDMI ports and a front-facing camera. 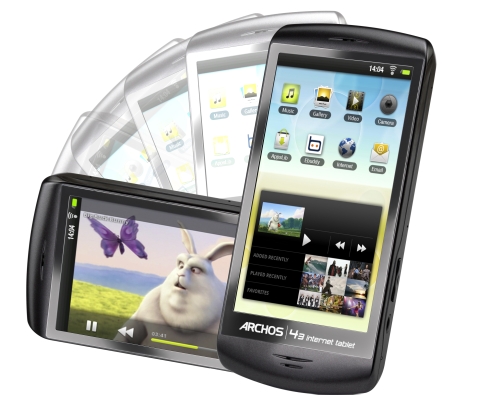 This model features a smaller, 4.3 inch 480 x 854 pixel display. Like its bigger siblings it has a 1GHz ARM Cortex A8 CPU, but it has a resistive touchscreen display instead of capacitive. Still, it’s a lot cheaper, with a starting price of $199.

The Archos 43 featurs an HDMIoutput, a 2MP camera which can handle 720p HD video recording, 802.11b/g/n WiFi, and Bluetooth 2.1. It will be available with 8GB or 16GB of storage. The device is more phone-sized than tablet sized, and weighs just 4.6 ounces. It’s due out in October. 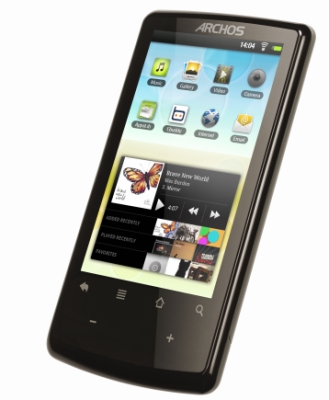 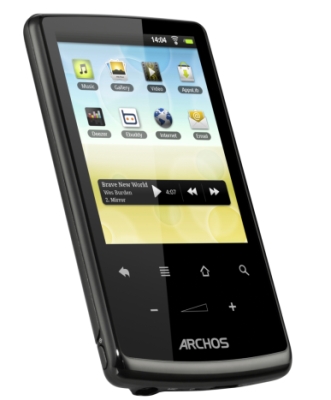 The Archos 28 is the smallest and cheapest of the bunch, thanks to a $100 price tag and a 2.8 inch, 320 x 240 pixel display. At that low price, the Archos 28 isn’t poised to be just one of the cheapest Android tablets around, but pretty well priced for a portable media player in general — if you can get over the small display and low screen resolution.

The handheld device has an 800MHz ARM Cortex A8 processor and will be available with 4GB to 8GB of storage space. It can handle 720p HD video playback and supports 802.11b/g/n WiFi. Unlike the other new Archos tablets, this model doesn’t have a camera, HDMI output, or Bluetooth. But did I mention that it’s only $100? This model should be available at the end of September.