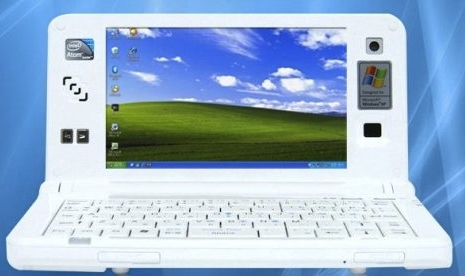 The UMID mbook BZ is a mobile internet device with a QWERTY keyboard and a 4.8 inch, 1024 x 600 pixel display. I have a habit of calling 10 inch netbooks “mini-laptops,” but this thing is best described as an itty bitty laptop. Now UMID has released a special edition of this little guy, with twice the RAM and a faster processor.

The rest of the specs remain the same, which means you get a 32GB SSD, the same 4.8 inch touchscreen display, 802.11b/g WiFi, 2 USB ports, and a microSDHC card slot. The UMID mBook SE runs Windows XP, although there are drivers for Windows 7 if you feel like upgrading on your own.

The UMID mbook Special Edition sells for about $568 in Korea. No word on whether we’ll see this model in the US anytime soon, but you can pick up the original UMID mbook BZ for $499 from Dynamism.