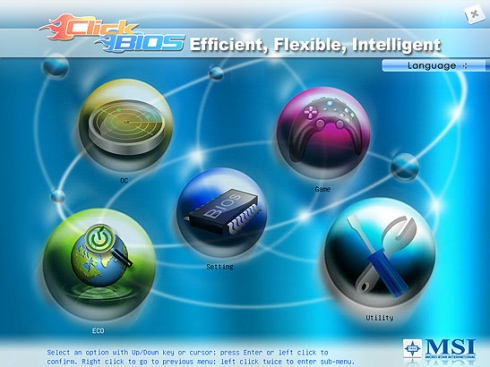 Pretty much every PC that ships today uses a system called BIOS to allow the operating system to interact with your computer’s hardware. The BIOS software is basically the firmware that’s loaded on your motherboard. And it looks like something that was designed decades ago… because it was. When you want to change BIOS settings, you have to load up a text-and-arrow-key based user interface and navigate through a series of clunky menus. But there’s an alternative in the works, called UEFI.

UEFI has a graphical user interface, which means you can navigate the settings with a point-and-click device like a mouse. That’s kind of cool. But what’s even cooler is that UEFI is designed to work better with modern PC hardware including hard drives larger than 2TB. And as Lenovo points out, you can configure UEFI in a way that could dramatically improve Windows boot times.

Lenovo loaded up a ThinkPad T400 laptop with UEFI and demonstrated that the  machine can now boot Windows 7 in just over 10 seconds. Like, cold boot. As in, you hit the power button and the operating system loads that quickly — not just resumes from sleep. That’s pretty cool.

You can check out the video after the break. It’s worth noting that even though Lenovo had replaced the T400 with a faster, more powerful T410, the ThinkPad T400 with its 2.8GHz Intel Core 2 Duo CPU is still a heck of a lot more powerful than your typical netbook — so don’t expect 10 second boot times on a machine with an Atom processor anytime soon. But it looks like hardware that can support UEFI may benefit from improved boot speeds.