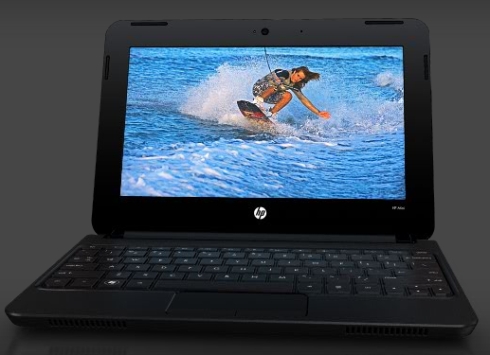 Last year HP introduced a netbook called the HP Mini 110. Eventually the company phased it out and replaced it with the HP Mini 210, a smaller, thinner model with an updated processor. And then last month HP brought the HP Mini 110 back to its web store — sort of. What really happened is that HP developed a new low cost netbook that’s sort of a cross between the original 110 and the new 210 models and made it the new cheap option at HP.com.

It’s taken nearly a month, but I’ve finally managed to get details from HP that explain what exactly the new model is.

The HP Mini 110 is available with a 3 or 6 cell battery — but both batteries are the same size, and they’re both designed to sit flush with the base of the netbook. The HP Mini 210, by comparison, has a 3 cell battery option that sits flush or a 6 cell battery that juts out from the back.

Finally, the HP Mini 110 only comes in black or white, while the HP Mini 210 HD is available in silver, red, black, blue, pink, or white.

All in all, I imagine some folks might actually prefer the new HP Mini 110 to the HP Mini 210 HD, thanks to its matte display and distinct touchpad buttons. But because of its thicker design lower resolution display, and smaller number of configuration options, HP is positioning the HP Mini 110 as the entry level model. It has a starting price of $279.99