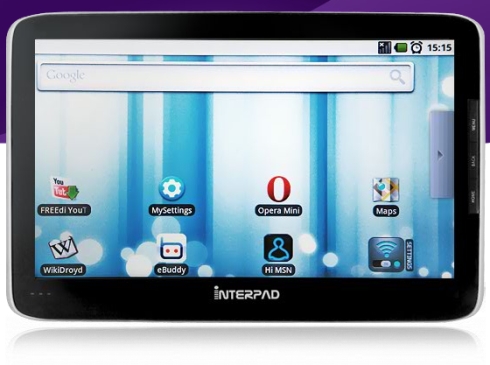 German device maker Interpad plans to launch a 10 inch tablet later this year for about 399 Euros ($518 US). That price might seem a bit high when you can pick up an entry level iPad for $499, but the Interpad appears to hit almost all the sweet spots in the Android tablet space, including:

No word on whether the Interpad will be available outside of Germany. It’s expected to launch in that country in time for the holidays, although more details should be available the IFA trade show in Berlin in September.