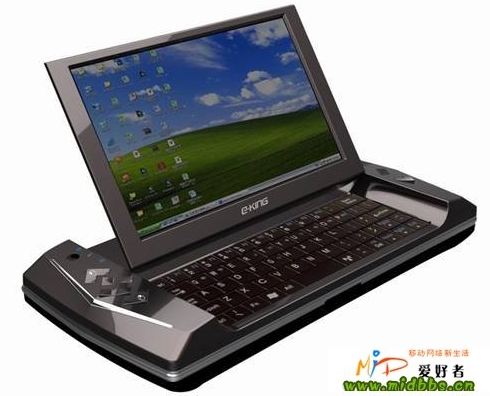 Chinese device maker EKING is apparently working on a new mobile computer that appears to be a sort of touchscreen tablet with a 5 inch, 1024 x 600 pixel display. What makes it different from all the other touchscreen tablets out there is the fact that you can slide the screen to reveal a QWERTY keyboard.

While the device looks an awful lot like a a smartphone, it actually runs Windows 7 (despite the fact that the rendered images show it running Windows XP).

The EKING mobile computer will reportedly have a multitouch LCD, WiFi, Bluetooth, GPS, and 3G capabilities.

No word on how much it will cost, when it will be released, or if it will be available outside of China.