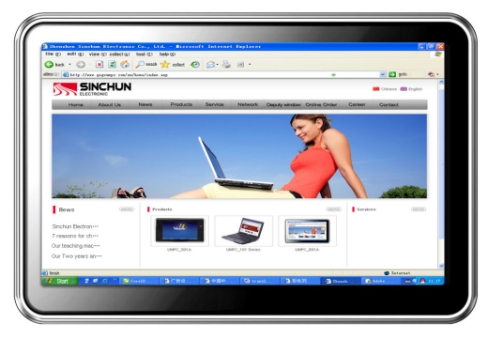 The images look awfully familiar, because they are. The picture in the user manual looks an awful lot like those for the Netbook Navigator Nav 9 tablet, which may very well be based on the same design as this Chinese tablet.

The FCC doesn’t say where you’ll be able to buy the UMPC891, but my guess is that the tablet will be rebranded and sold under a different name in the US. In fact, we may be looking at the Nav 9 tablet after all.

The FCC also has some real world photos of the tablet, including a few shots of the computer with its hood off so you can see what the motherboard and other components look like.