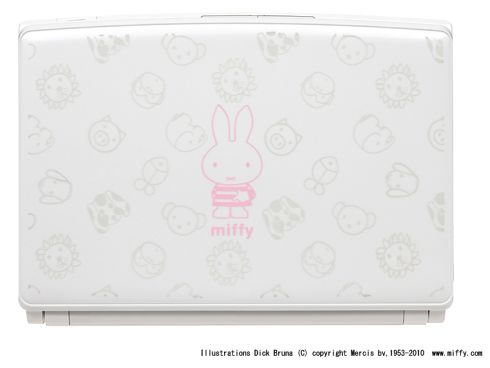 Bandai is celebrating its 55th anniversary by doing what the company does best: adorning something with cute cartoon characters. The limited edition Miffy netbook features cutesy drawings of a bunny as well as fish, puppies, elephants, and other members of the animated animal kingdom on the case.

As with other Bandai-themed netbooks, the Miffy edition also comes with several games and other apps associated with the cartoon character.

Oh, and these Japanese netbooks are available for pre-order today for about $900 and up. Cuteness doesn’t come cheap.

via Netbook News and PC Watch