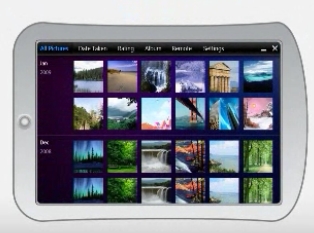 Microsoft has repeatedly stated that it has no plans to turn the upcoming Windows Phone 7 smartphone operating system into a tablet-style OS. But that doesn’t mean that it’s Windows 7 or bust for tablets and other low power computers. This week Microsoft launched a public test build of Windows Embedded Compact 7, a light weight operating system that’s basically the next generation of Windows CE.

There seems to be some speculation that future versions of Windows Phone 7 will be based on Windows Embedded Compact 7. But when Windows Phone 7 launches this year, it will actually be based on Windows CE 6. That’s at least partially because while Windows Embedded Compact 7 is available to test today, it won’t be officially released to manufacturers until the fourth quarter of 2010.

A few of the new features in Windows Embedded Compact 7 include an updated version of Internet Explorer with support for Adobe Flash 10.1, support for Microsoft Exchange 2010, and Windows 7 Device Stage for transfering files between a mobile device and a PC.

The demo videos also show a new media player (pictured above), as well as Microsoft Office viewers. And the web browser seems a lot more iPhone-like, with support for full page views and pinch-to-zoom.

Oh yeah, and in case you missed it, one of the first tablets to launch with Windows Embedded Compact 7 will be the Asus Eee Pad EP121.

One reply on “Who needs a Windows Phone 7 tablet? Meet Windows Embedded Compact 7”