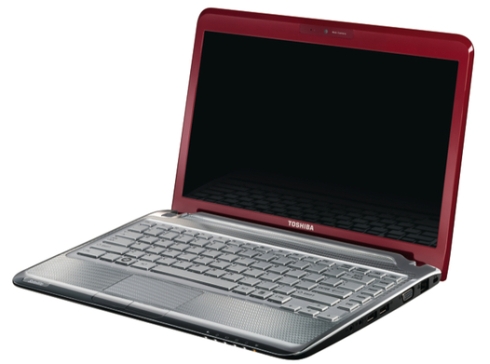 Toshiba is readying a new thin and light laptop with an 11.6 inch screen and a low power Intel processor. The Toshiba Satellite T210 measures just 0.7 inches thick at its thinnest point, although it balloons to 1.3″ in the rear thanks to a bulky 6 cell battery.

The Satellite T210 weighs 3.26 pounds and Toshiba says it should get up to 8.5 hours of battery life.

Pocket Lint reports that the laptop will be available in the UK in July. There’s no word on pricing or a US release date. Toshiba is also introducing a larger 13.3 inch laptop called the Satellite T230 with an Intel Core i3 330UM ULV processor.

From the press shots, it looks like these new notebooks are similar to the ones spotted at Computex last week.