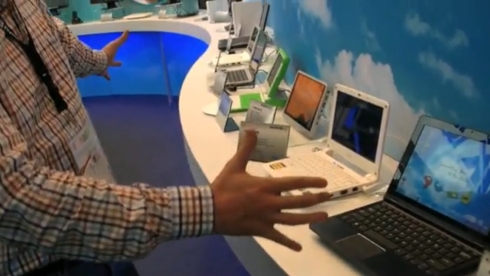 If you live in the US, you might think that chip-maker VIA lost the netbook wars. In 2008 HP launched a 9 inch netbook with a VIA C7-M processor, and in 2009 Lenovo released a 12 inch mini-laptop with a VIA Nano processor. And that’s about it. Intel has pretty much dominated the ultraportable space with Atom and CULV chips showing up in dozens of netbooks and ultralight computers. We’re starting to see AMD make a dent in the budget mobile computer space, but VIA is nowhere to be seen… in the US.

In Asia, on the other hand, companies are continuing to pump out a number of netbooks, tablets, and other devices with VIA processors. The chip maker was showing off a number of netbooks, notebooks, and tablets sporting VIA chips at Computex this week and Sascha from Netbook News shot a video showing a few of those products, including the latest OLPC XO Laptop with a VIA chip.

You can check out the video after the break, and remind yourself that if you live in the US, you’ll probably never be able to actually purchase one of these computers. Hopefully we will start to see some of the $100 to $200 tablets VIA has been promising, but I’m not going to hold my breath.