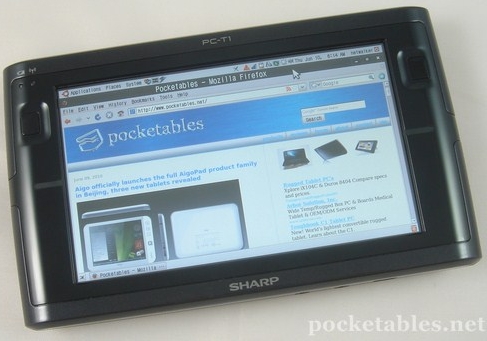 So it turns out that when you bundle your mobile devices with mobile broadband service providers, you run the risk of your private, personal data becoming public. Case in point? It looks like a group of hackers managed to grab email addresses for 114,000 iPad 3G users from AT&T’s web site.

It doesn’t look like they managed to get anything other than email addresses and confirmation that these people were iPad users. But some of the names uncovered seem to work at Microsoft which could be embarrassing (or smart, if you know, they’re doing research on the competition and stuff).

The security hole appears to have been plugged, but it makes you think. And so do these other tablet-related stories that popped up today:

Laptop Magazine’s KT Bradford has posted a detailed review of the latest 7 inch Android tablet from Archos. The price is right, at about $199, but aside from the fact that Archos tablets tend to offer support for more multimedia codecs than most Android devices, she was very underwhelmed by the tablet.

If you were hoping for a larger version of the Archos 5 Internet Tablet, it looks like you’ll be disappointed. The Archos 7 has less storage space, a slower processor, and the same limitations, including no official support for Gmail, Google Maps, or other Google apps including the ability to download third party apps from the Android Market. Bradford was also very disappointed with the resistive touchscreen, which she says only registered about 3 out of 4 taps.

If you’re looking for something a little different in a mini-tablet, you might have your eye on the Sharp NetWalker PC-T1, a 5 inch tablet with an 800MHz Freescale i.MX515 processor that runs Ubuntu 9.04. Jenn K Lee at Pocketables posted a review of this little tablet this morning, and while the build quality looks excellent, performance appears to be a different story.

While the user interface looks nice, and Sharp has included customizations to make Ubuntu play well with touch input, the tablet is apparently quite sluggish, taking 29 seconds to launch Openoffice, for instance, and 13 seconds to load Firefox. Just booting the tablet takes well over a minute.

The tablet does support handwriting recognition, in addition to virtual keyboard input, which is something you don’t see all that often on mobile devices anymore. But the SofStylus handwriting app looks like it’d be pretty difficult to use. Hopefully there are (or will be) third party apps that work better.