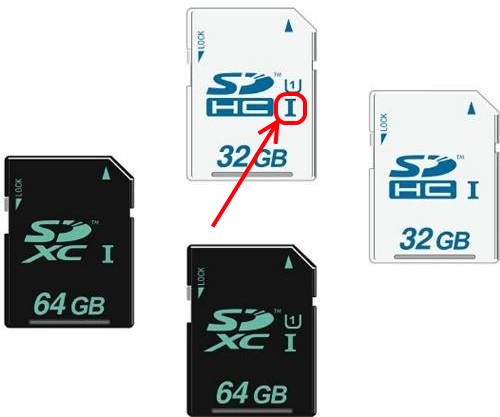 Wouldn’t it be nice if there was some way to tell whether certain USB flash drives or memory cards were faster than others just by looking at them? The SD association (the folks who oversee the specs for SD cards) certainly think so, and they’re rolling out a little change to help clear things up.

The new UHS-I specification and associated branding tells you that a card is “capable of supporting data transfer speeds up to 104 Megabytes per second.” Their press release later adds, “The new high-speed symbols are designed to make it easier for consumers to take advantage of the massive storage and incredible speeds offered in SDXC and SDHC products.“

As Engadget points out, the “up to” is a bit of an odd choice. Wouldn’t it be a good idea to let us know these cards don’t just have a higher theoretical top speed but also better average throughput?

Interesting side note from the release: the association states that there are more than 2.5 billion SD cards on the market today. I wonder how many of those have been through the was in a pair of pants at least once…