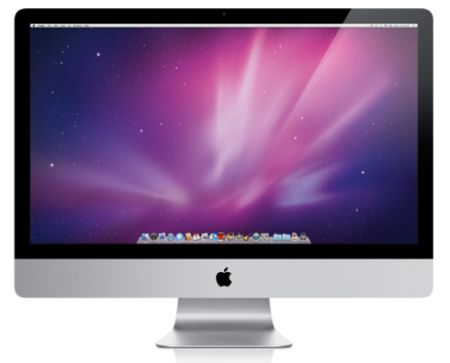 Apple seems to be making a decent amount of cash by selling smartphones and tablets with multitouch capabilities. So it’s probably not that surprising that rumors are making the rounds that the company plans to add multitouch capabilities to its iMac line of all-in-one desktop PCs. What is a little surprising is that the latest rumor says the machine would run both OS X and the same iOS software used on the iPhone, iPod touch, and iPad.

On the one hand, that would certainly help explain why Apple changed the name from iPhone OS to iOS. But you could argue that the successful launch of the iPad was already explanation enough for that.

You could also probably make a case that iOS is designed from the ground up for touch input, which means that many activities are simply easier to accomplish using iOS than even a touch-optimized version of OS X. But probably the best explanation I’ve seen for why Apple might launch a dual boot (or single-boot with the ability to run iOS through virtualization) iMac is that it would provide developers as well as customers with excellent tools to test out iOS apps, and would also make the iMac one of the easiest to use desktop computers on the market.

Of course, that wouldn’t prevent critics from complaining that the new iMac would essentially be a $1200 iPod touch.

Of course, this is all just a rumor for now. But one of the more tantalizing bits of this little rumor is the speculation that Apple could make an announcement within the next 60 days.