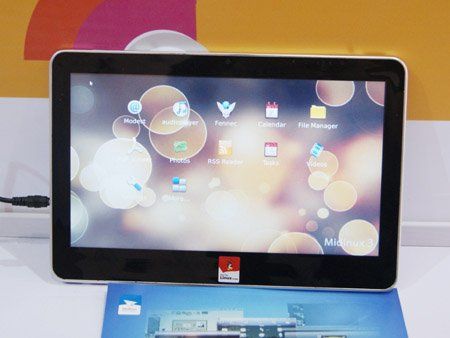 Red Flag Linux plans to sell a new tablet running Meego Linux during the third quarter of this year. The NPad looks an awful lot like an Apple iPad until you look at the price tag or turn the tablet on.

Red Flag expects to offer the tablet for less than the price of an iPad, and the Linux-based operating system is designed to be more customizable than iOS. Instead of the Safari mobile web browser, the device will have Fennec, an early version of Mozilla Firefox for mobile devices. At a time when many other device makers are eyeing Google Android, it’s interesting to see a Linux-based tablet poised to hit the market.