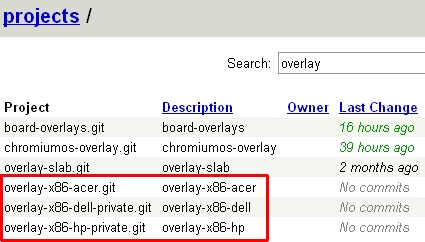 When Google announced plans to develop a custom, browser-based operating system for netbooks, Acer and HP were listed among the companies supporting the project. That was almost a year ago, and while a lot has happened since then, it looks like Acer and HP might be some of the first companies to launch devices that run (or at least support) Google Chrome OS, along with Dell.

Blogger Lee Mathews was digging around in the Chrome OS repositories, and he spotted a few files labeled Acer, Dell, and HP. Specifically, these files are used to configure hardware support for Chrome OS, so it seems likely that Chrome OS will support devices from each of these companies at launch.

Of course, there’s no word on exactly what these products will look like, when they’ll be released, or how much they’ll cost. All we know at this point is that the operating system is due out before the end of 2010.

One reply on “Acer, Dell, HP netbooks to be among the first to ship with Chrome OS?”