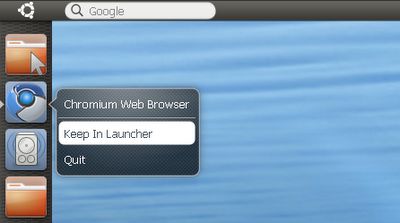 The most noticeable change under consideration is swapping out the Firefox web browser for Chromium, the open source version of Google Chrome.

Firefox has been the default web browse for Ubuntu for ages. In fact, it’s the default browser for a huge number of Linux-based operating systems. But Chrome is a good choice for netbooks because it has a minimal design that takes up less screen space with toolbars and menus than other browsers. It’s also pretty darn fast.

The change hasn’t been finalized yet. Canonical will release a few test versions of Ubuntu Netbook Remix with Chromium before making a decision as to which browser will ship when the operating system is released in October.