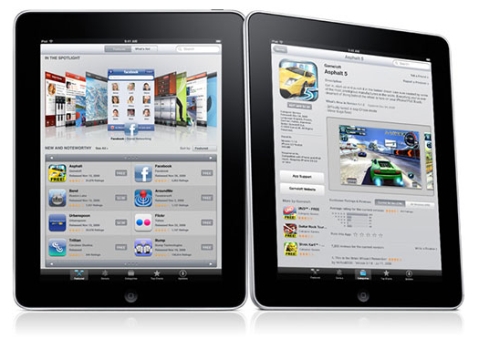 It’s been a busy day for tablet news. As usual, the iPad gets top billing, but it’s not the only game in town. Here’s a brief roundup of tablet news from around the world:

Apple iPad to ship internationally on May 28th

Apple will start taking iPad pre-orders on May 10th in a number of countries including the UK, Canada, Australia, Germany, France, Italy, Spain, Japan, and Switzerland. And now the company is saying that the iPad will be available on May 28th in those countries.

A few weeks ago we discovered that the Camera Connection Kit for the iPad lets you use other USB peripherals with the iPad, and not just a camera. For example, you can plug in a keyboard or USB headset for making VoIP calls. But out of the box, the camera kit doesn’t let you plug in an external hard drive.

But it turns out that if you’re willing to jailbreak your iPad, you can add support for a USB hard drive. It’s kind of a clunky way to add extra storage to your iPad. But if you really want to be able to copy files to and from a hard drive, it might be easier than connecting connecting your iPad to a computer and copying all the files first to your PC or Mac… maybe.

With no explanation, the folks at Germany company Neofonie have renamed theirs upcoming tablet. Goodbye WePad. Hello WeTab.

It’s not clear whether a certain company with a fruit-inspired logo and a tablet with an awfully similar name asked Neofonie to make the change. But now that Apple’s iPad will be hitting the streets in Germany before the end of the month — and before the July launch of the WePad, it seems like a safe bet that Apple played some role in the name change. 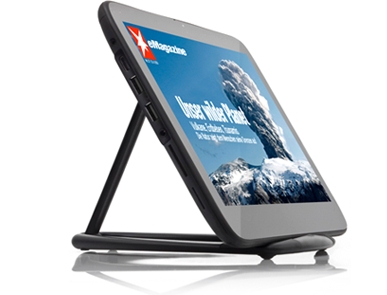 Another day, another handheld tablet running Google Android. This one has a 7 inch, 800 x 600 pixel resisitve touchscreen display and a 1GHz Freescale i.MX51 ARM-based processor. There are a few things I really like about this one, including the 4:3 aspect ratio for the screen, the beefy 5000mAh battery, and built-in 3G, WiFi, Bluetooth, and GPS. The LifePad manages to pack all that into a 7 inch machine while keeping the weight down — it weighs just 1.1 pounds.

The tablet has 512MB of DDR2 RAM and 1GB of flash storage. No word on pricing or international distribution arrangements. 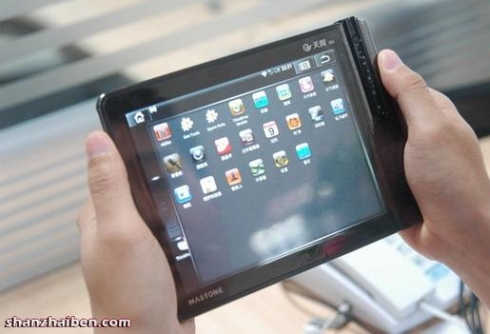