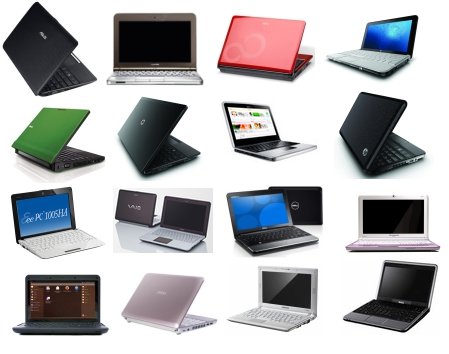 Right. So yesterday when I was pointing out that saying that netbook growth from 2008 to 2009 was 641% was kind of like saying that the Apple iPad has experienced infinity-percent growth year over year — because there was no iPad last year, and there were only a handful of netbooks on the market in the first half of 2008. So when people say that the slowing growth in the netbook space means the iPad is killing them dead, I beg to differ. And apparently so do the researchers at iSuppli, who suggest that 2010 will be a big year for thin and light notebooks including netbooks.

According to iSuppli, overall notebook shipments are expected to top 209 million this year — which would be an increase of about 25% from last year. The firm suggests that about 34.5 million of those notebooks will be netbooks, with about 14.5 million ultrathin notebooks thrown in for good measure.

Of course, I always take these kinds of predictions with a gran of salt. But after reading one too many headlines yesterday about the death of the netbook I just wanted to hammer home the point that there’s plenty of disagreement on that point. And that’s not to say that I’m an iPad hater, or even that iPads aren’t taking some sales away from netbooks. I’m sure there are some people that are picking up an iPad instead of a netbook because it better meets their needs and/or gadget lust requirements. But I don’t think people are quite done with small, cheap laptops just yet.d

8 replies on “Research: Netbooks and ultrathin laptop shipments expected to grow this year”