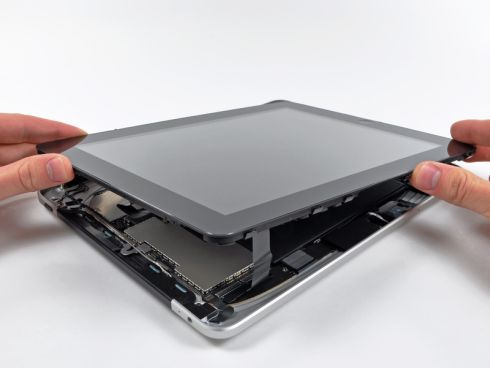 Just in case you had any doubts that Apple’s iPad is proving popular with the kids these days… Apple announced this morning that a million iPads have already been sold. That’s not bad for a product that launched just about a month ago. Apple points out that it took 74 days to sell the first million iPhones.

An industry analyst is also estimating that Apple sold as many as 300,000 iPad 3G models the weekend the mobile broadband-enabled iPad was launched.

Here are a few other iPad related stories making the round:

The folks at iFixit are pretty good at fixing computers — but that only works if you know what the insides look like. So the first thing the team did when getting its hands on a shiny new iPad 3G was to tear the thing apart and see what makes it tick.

This new jailbreak method lets you unlock hidden settings and install apps that aren’t available in the iPhone app store. There are two things that make it stand out from other jailbreak methods. It’s untethered, meaning you don’t need to plug the phone into your computer to jailbreak, and it supports the iPad as well as iPhone — although iPad support is still in beta.

Browsing on the iPad 3G: Not as fast as over WiFi

This probably shouldn’t surprise anyone, but it turns out that the iPad 3G feels slower when you use it to surf the web over a 3G connection than when you pair it with WiFi. The problem, Gizmodo and Business Insider suggest, is that the iPad feels so fast over WiFi that it’s hard to wrap your head around how much less snappy it feels when you’re hampered by a slow internet connection.