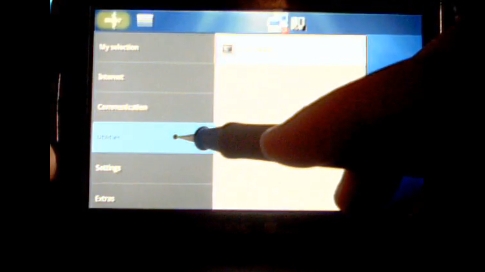 You could probably spend all day arguing over whether Google Android or Nokia’s Maemo Linux operating system is better on mobile devices. But it looks like you might not have to choose. The Archos 5 Internet Tablet ships with Google Android 1.6, but a group of hackers have figured out how to make the Archos 5 run Maemo.

With Maemo installed, you get a Mozilla-based web browser and the ability to run a number of Linux-based applications. Well, that’s the idea anyway. At the moment, WiFi isn’t working — which kind of makes the tablet useless. But things are really just getting started. I suspect it won’t be too long until someone figures out a way to get the Maemo-toting Archos 5 connected to the internet.

You can check out a few videos of the Archos 5 Internet Tablet running Maemo after the break.