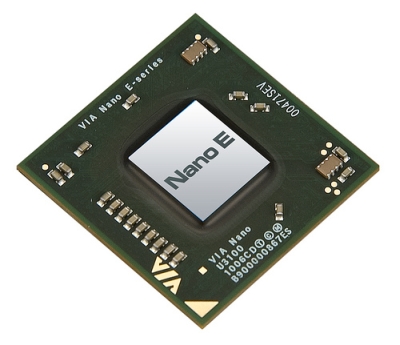 Chip maker VIA has introduced a new line of Nano processors. The VIA Nano E-Series chips are 64-bit x86 processors with support for hardware virtualization.

The E-Series chips are available with speeds ranging from 800MHz to to 1.8GHz. Theyr’e compatible with VIA’s media processors such as the VX800 and VX855 as well as upcoming VX900 and VN1000 digital media chips with support for HD video playback and 3D graphics.

The key selling point for these processors is their low power consumption. At idle, all the chips except for the 1.8GHz L3050 consume just 100mW of power. The Nano E-Series chips are compatible with motherboards designed for VIA C7, VIA Eden, and VIA Nano processors, so it might not be too long before we start to see netbooks and nettops with these new chips.

While VIA’s Nano processors haven’t proved to be all that popular with Western PC makers to date, we have sees a fair number of VIA powered netbooks show up in China over the past few years.