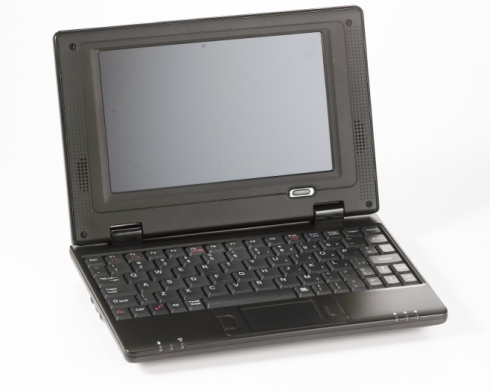 DataWind has been selling the UbiSurfer in the UK since last summer, and this week the company launched an updated model that replaces the Linux based operating system with Windows CE 6.0. It also ships with SoftMaker Office, which is a more powerful mobile office suite for editing Word, Excel, and PowerPoint files than the default Windows CE Office apps.

The netbook’s hardware hasn’t really changed, which means you still get a 7 inch, 800 x 480 pixel display, 128MB of RAM, and 1GB of flash storage. The UbiSurfer can handle WiFi and GPRS wireless connections — but not 3G. That’s part of how DataWind can get away with offering free data service. Customers who need more than 30 horus per month can pay a monthly fee for additional data.

When I caught up with DataWind at CES in January I was told that the company plans to offer the UbiSurfer in the US this year… but I haven’t heard anything since.