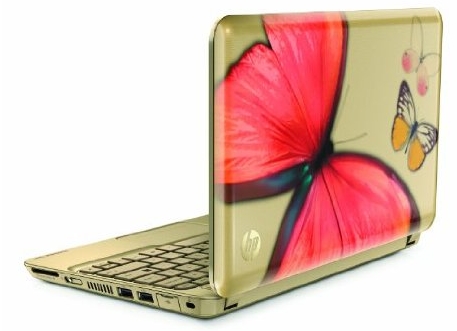 There are a few ways to get people to spend unusually large amounts of money on netbooks. You can soup it up with premium features such as touchscreen displays, spill-resistant keyboards, or 7200rpm hard drives. Or you can give the netbook a fashion makeover and slap a designer label on it.

HP appears to be taking both approaches with the HP Mini 210 Vivienne Tam Edition netbook — at least in Germany. While the US version of this laptop sells for $591

, based largely on the designer lid, 2GB of RAM, and Windows 7 Home Premium operating system (instead of Windows 7 Starter), the German model ups the game slightly with a 1.83GHz Intel Atom N470 processor.

Update: Whoops, I totally missed this at first, but you can configure the US model with the Atom N470 processor too. The upgrade will set you back an extra $75 at HP.com though, bringing the total price to $674.99

via nDevil and My HP Mini