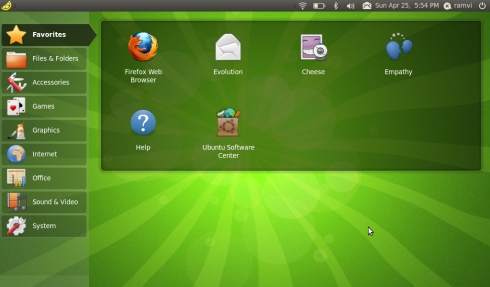 The folks behind the EasyPeasy netbook operating system are getting ready to release the latest version. This weekend the team pushed out an EasyPeasy 1.6 Release Candidate.

EasyPeasy is based on the popular Ubuntu Linux distribution. Canonical is preparing to launch Ubuntu 10.04 Lucid Lynx later this week. An the latest version of EasyPeasy is built on Lucid Lynx code. But while Ubuntu works on most netbooks out of the box, EasyPeasy ships with a number of optimizations that help it run on Asus Eee PC netbooks and other Intel Atom-based mini-laptops.

Version 1.6 has a new boot system and boot artwork, faster boot speed, integration with social networks including Twitter, Facebook, and identi.ca, new drivers for NVIDIA video hardware, and a new user interface which is based on the latest version of the Ubuntu Netbook Edition user interface.

You can find more screenshots of EasyPeasy 1.6 at the EasyPeasy wiki. Or you can just go ahead and download the release candidate.