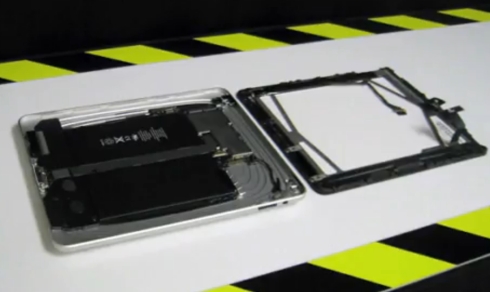 Ever wonder what it would look like if your consumer electronics could disassemble and reassemble themselves? Well, wonder no more. Because the folks at TechRestore have posted a stop motion video showing an Apple iPad coming out of the box… and then out of its case.

Things get a little funky toward the end, when instead of seeing a disembodied iPad working on itself, an actual technician shows up to do the job of putting things back together. That’s probably because the company is trying to point out that it’s folks can actually fix your Mac stuff. But whatever. I kind of liked the video better when it looked like the iPad would spontaneously vivisect and then repair itself.