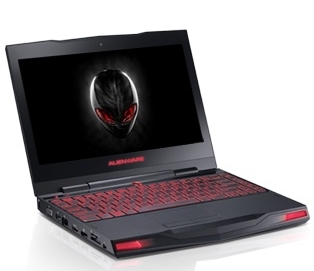 Dell’s Alienware M11x has already earned a reputation as a solid gaming machine that weighs just about 4 pounds and has a starting price of just $700. While there are plenty of other 11.6 inch laptops on the market that are smaller and cheaper, none come with the powerful NVIDIA GT335M graphics for getting your 3D fragging on like the M11x.

But Dell launched the M11x just before NVIDIA introduced its new Optimus technology. So while the Alienware M11x actually has NVIDIA graphics and Intel integrated graphics, you have to manually switch between the two depending on what you’re doing. It looks like Dell could address that this summer by releasing a new version of the M11x with Optimus support. That means the computer will automatically switch between integrated and dedicated graphics depending on what you’re using your computer for, which should greatly improve battery life.

Notebook Review forum member Darkhan suggests that the laptop could also get a new Intel CPU at the same time. The refresh could come in late June or early July. But while Darkhan seems to know what he’s talking about, it’s probably safest to take anything you read in internet forums with a few grains of salt.