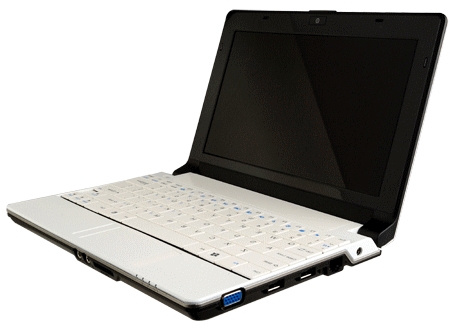 It’s been a while since I’ve even thought about the Suzuki Neutron line of netbooks. But it looks like Suzuki has two new models out, both with Atom N450 processors. The company had previously released a 10 inch model with an Atom N270 CPU and a 7 inch convertible tablet with an Atom Z520 processor.

The Suzuki Neutron 1003 QNi is basically th esame machine with a few minor differences: It has 2GB of RAM and a 250GB hard drive.