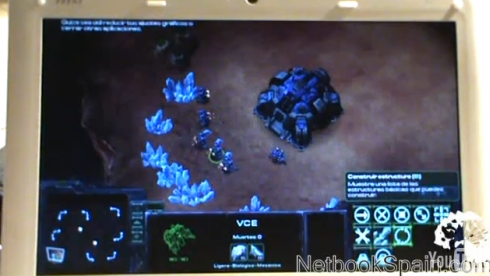 Most netbooks aren’t really designed with gaming in mind. The Intel Atom processor and integrated graphics found in most netbooks just isn’t up to the task of handling 3D graphics at high frame rates. But there are definitely some games that run well even on older netbooks. I think it’s a bit early to put Starcraft 2 into that category, but the folks at Netbooks Spain have loaded up a beta version of the hotly anticipated real time strategy game on an MSI Wind U100. And you know what? You can play it.

It’s also worth noting that this is a pre-release version of StarCraft II. It’s possible that the final version could run better on netbooks like the MSI Wind U100. I suspect it will run even better on machines such as the Asus Eee PC 1201PN with NVIDIA ION graphics.

You can find a video of the Wind U100 running StarCraft II after the break.

4 replies on “StarCraft II beta on a netbook: It runs, but not very well”