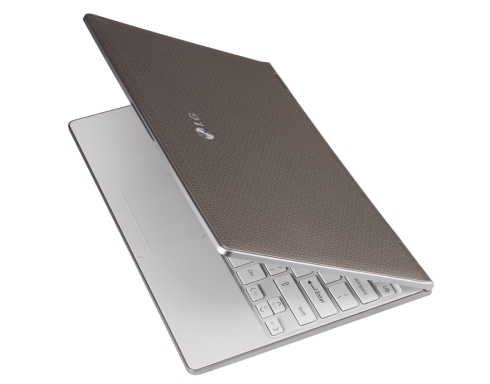 LG’s X300 notebook will be available in Asia, the Middle East and South America starting this month. The laptop, which first showed up at CES in January, has an 11.6 inch 1366 x 768 pixel HD display and runs Windows 7 Home Premium. It ships with a 2 cell battery, plus a spare battery which should provide up to 7 hours of run time, combined.

The notebook uses a low power 2GHz Intel Atom Menlow chip and a 128GB solid state disk. It has a fanless design, which should make operation pretty darn quiet.It also has an integrated 3G module

On the down side, this thing ain’t going to come cheap. While no US pricing has been announced yet, Engadget reports that it will sell for the equivalent of $1424 in Korea.

It’s possible that the US version will be called the LG X30 instead of the X300. The FCC has already published some documents for an LG X30 laptop which looks strikingly similar to the X300.