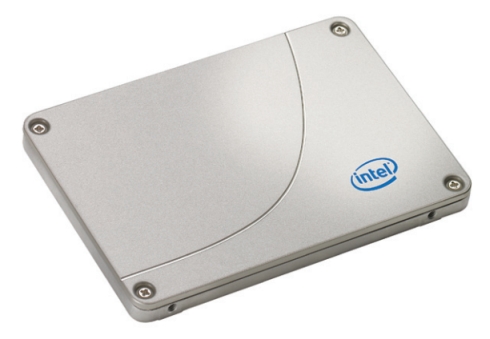 Hot on the heels of the OCZ’s 32GB solid state disk for $100, Intel has launched a new 40GB SSD that sells for $125. While that’s not exactly cheap at a time when you can get a 1TB hard drive for less, it’s nice to see SSD prices starting to come down. Solid State disks tend to be sturdier than hard drives thanks to the lack of moving parts. And SSDs are generally capable of much greater speeds than hard drives, although that varies from model to model.

The new Intel X25-V Value SATA SSD offers read speeds up to 170MB/s and write speeds up to 35MB/s. The 2.5 inch disk could be used for netbooks or notebooks, or you can throw it in a desktop PC for use as a boot drive, allowing you to load the operating system and applications on the faster SSD while leaving the hard drive for media and other data files.