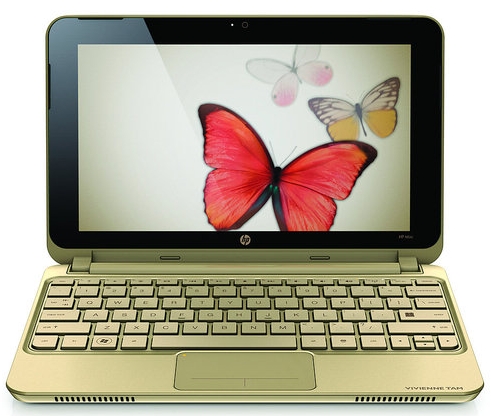 HP has been teasing us with the new new “Butterfly Lovers” design since September, long before the HP Mini 210 was officially launched.

In addition t o the designer lid, desktop wallpaper and optional matching wireless mouse, the new HP Mini 210 “Butterfly Lovers” has a few other perks. It has 2GB of RAM, a 320G hard drive, and runs Windows 7 Home Premium rather than the Windows 7 Starter Edition that normally hobbles 10 inch netbooks.

But those extra features are going to cost you. While a standard HP Mini 210 starts at just $280, the Butterfly version will run you about $600.

There’s no mention of the new Vivienne Tam netbook on the HP website yet, but you can pr-order one from Amazon for $599.99