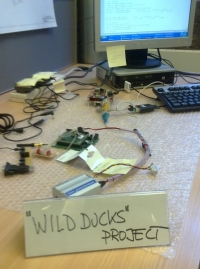 Yesterday the folks behind the Symbian smartphone operating system announced that the platform had gone open source. Now it looks like Symbian may be planning to move beyond the smartphone and port the OS to tablet and netbook-style devices.

We’ve already seen that Symbian can be ported to run on devices with an Intel Atom processor. In an interview with ZDNet, Symbian Foundation CEO Lee Williams said it’s “very likely” that we’ll see a tablet or netbook running Symbian in the next year or two. It sounds like a tablet is more likely than a netbook at this point, but you never know.

Symbian also supports a “Wild Ducks” project encouraging developers to port the OS to run on all sorts of off-the-shelf hardware.

6 replies on “Symbian OS tablets, netbooks could be coming soon”