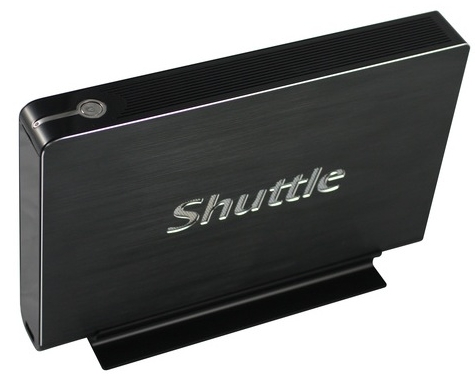 Shuttle was making small form factor desktop computers long before the current nettop craze got started. But the company has been pretty happy to jump on the bandwagon with a number of tiny, low power desktops sporting Intel Atom processors. The latest is the Shuttle XS35, which should be on display at CeBIT next week.

The XS35 will have a 1.6GHz Intel Atom D510 dual core processor. It’s a barebones system, meaning the Shuttle XS35 won’t come with a hard drive, RAM, or operating system. But you will have room for a 2.5″ hard drive and a slimline optical disc drive. It also has VGA and HDMI output, Ethernet, and 5 USB ports.

But the exciting part is that the XS35 will also use NVIDIA GT218 graphics, which a Shuttle press release pretty explicitly says is synonymous with “NVIDIA ION 2.”

There’s no word on the price or exact dimensions, but Shuttle says the XSS35 will be just 1.3 inches thin, which ain’t bad for a compact system with a disc drive.