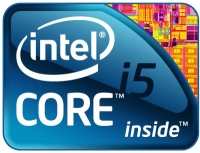 While the Intel Atom line of chips may reign supreme in the netbook space, I’ve become a pretty big fan of Intel’s CULV chipset over the last few months. These low power chips show up in thin and light computers including a number I’ve recently reviewed such as the Asus UL20A, Dell Inspiron 11z, and Acer Aspire 1410. While they cost more and use more power than Atom chips, they also provide significantly better performance and tend to come with higher performance graphics as well.

So far, most of Intel’s CULV-based chips have been based on older chipsets such as the Core 2 Duo, Pentium Dual Core, and Celeron lines. But CNET reports that Intel will start pumping out ULV chips based on the new Core i mobile processors early in February.

These chips, including the Core i5-520UM and Core i7-640UM use less energy than their more powerful siblings. While the 18 watt total power draw looks significantly higher than 10 watt TDP on older CULV chips like the Core 2 Duo SU7300, the key difference is that the Core i-based chips incorporate graphics functions, so the TDP combines CPU and GPU functions. In other words, the new chips shouldn’t actually take much more of a toll on battery life than existing CULV options. I suspect they’ll still be a bit pricier at launch though.