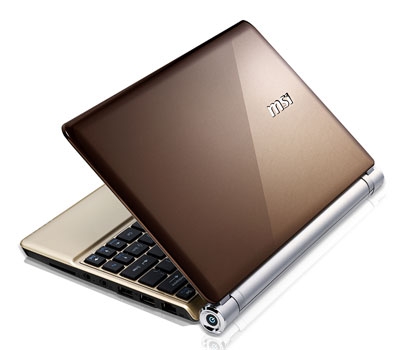 The MSI Wind U160 is the new top of the line model from netbook maker MSI. But that doesn’t mean it’s horribly expensive. Amazon is now taking pre-orders for the netbook. It’s available for order in black

Amazon describes the 6 cell battery as a “15 hour” battery, which I suspect is a bit of an exaggeration. But I was able to get 10+ hours of run time out of the Asus Eee PC 1005PE, a netbook with the same basic specs as the Wind U160, which was described as having a 14 hour battery. So I wouldn’t be surprised if the MSI Wind U160 can run for at least as long.