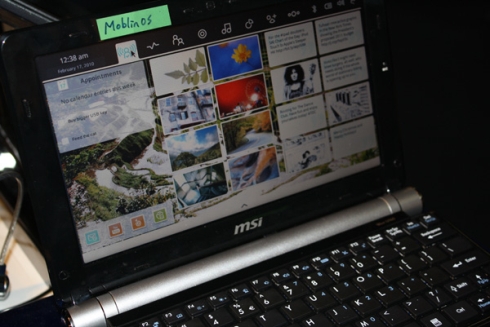 Sure, the folks at Moblin recently announced that they were merging with the Maemo project to develop a new OS called MeeGo. But that hasn’t stopped PC makers from installing the latest version of the Moblin netbook operating system on their latest models and showing them off at trade shows like Mobile World Congress and CES.

Last month, MSI showed Moblin running on an MSI Wind U135 10 inch netbook. And this week the folks at Notebook Italia spotted the OS running on a shiny new MSI Wind U160 10 inch netbook (which basically has the same guts as the U135, but a different visual look, and a battery that MSI says is good for up to 15 hours).

Moblin is optimized for netbooks with Intel Atom processors and small screens. The OS is quite snappy on notebooks with Atom Pine Trail CPUs like the U160. And if you don’t believe me, you can check out the video from Notebook Italia after the break.

5 replies on “MSI Wind U160 gets the Moblin Linux treatment”