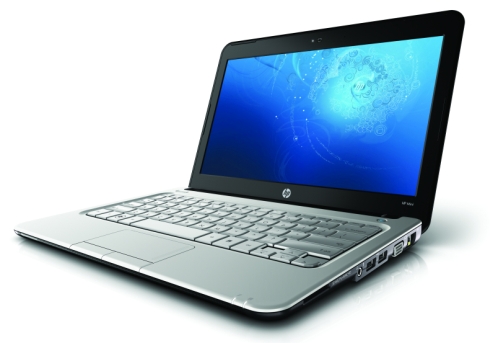 The HP Mini 311 comes with NVIDIA ION graphics and either an Atom N270 or N280 processor. That gives it more oomph in the graphics department than the vast majority of Atom-based netbooks and notebooks on the market. But as I pointed out in my review of the laptop, it generally feels a little sluggish when you’re performing tasks that don’t take advantage of the graphics processor, such as surfing the web.

Now members of the MyHPMini forums have begun using a hacked BIOS that makes it easier to overclock the laptop, allocate additional memory for graphics, and make other modifications.

Bear in mind, there’s a difference between making overclocking easier and making it easy. If you don’t know what you’re doing, you should probably avoid this hack, as you can easily void your warranty and leave your notebook in an unbootable state (although early testers report that there are ways to revive a partially bricked system).

Some users are reporting that they’ve gotten their HP Mini 311 laptops to run as fast as 2.2GHz. Not bad for a processor that normally tops out at around 1.7GHz.